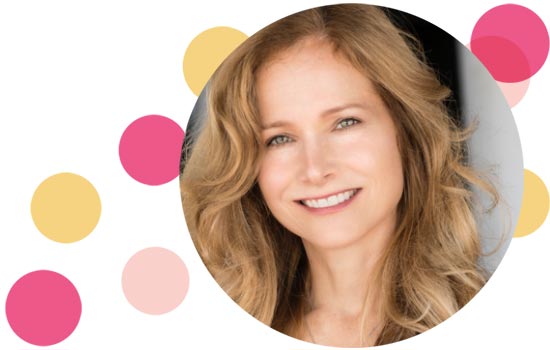 When I was thirty-nine, something happened that would create the biggest “ah-ha” moment in both my personal and professional life.

I interviewed a man named Jim Hallowes for an internet radio show I hosted on relationships, who operated a website and support group for something called “Highly Sensitive People.” Jim explained to me that this was an official psychological personality type (not a personality disorder), found to be mostly genetic in origin and occurring in 15 – 20% of the population.

Love and The Soulfully Sensitive Woman

The specific advice you need to navigate flirting, dating, and relationship communication to boost your confidence, step into your sensitivity superpower, and create an epic romance beyond your wildest imagination.

As he described the strengths and weaknesses of being an HSP – the capacity for empathy, the heightened creativity, the tendency to be introverted and easily overwhelmed by stimuli, the need for art, music, and naps, the spiritual hunger – suddenly I realized he was talking about virtually 100% of the people I loved most… my mother, my sister, my husband, my dearest friends.

And, oh gee, pretty much all of my clients in my private astrology and love coaching practice since 1991. If you’re reading this now, I’m guessing he was also talking about YOU.

I was riveted as Jim shared that Highly Sensitive People feel things more intensely, so they experience normal ups and downs with so much more drama, for good or for bad. They have both emotional as well as physical sensitivities, and they cannot “wish them away” or “snap out of it” when strong feelings or reactions occur.

As a student of psychology and sociology, and a lifelong rabid fan of self-help and personal growth information, I couldn’t believe this was the first time I was hearing about this. In a flash, I understood my nearest and dearest like never before. And I had so much more appreciation for their gifts, and compassion for their challenges.

And I was so grateful! It enabled me to be a better daughter, sister, wife, and friend… I could now hear and support those I loved without making them feel dismissed or unappreciated, as I fear I sometimes had before.

Suddenly I was able to “connect the dots” for my clients, too. And I saw in crystal clear detail why they were coming to me in the first place – that trying to find love, or get their needs met once they had found it was so much more intense for them, and therefore so much scarier and potentially devastating.

They needed a guide and a champion in a way that less sensitive people simply didn’t, but one who spoke their language, and could translate the “how” of finding and keeping love to them in a way that wouldn’t shut them down or make them feel badly. Most of all, they needed support that would actually feel supportive.

After that initial interview, I had to know more! So I dove into books on the topic and started talking with clients and women at my workshops. And again and again, they, too reacted as I had – with their own “Eureka” moment, laughter of recognition, and incredible relief to discover there was a reason they’d always felt as they’d felt, and been the way they’d been.

Often they’d been carrying around so much shame for feeling “different” and from having family, peers, or colleagues too often tell them they were just “too much” – that they “felt too much,” were “too intense,” or “too emotional,” that they should just “let things go,” and “move on,” and, “why are we still talking about this?”

Their eyes would become wide, and they’d often begin to weep at the discovery that they weren’t alone in feeling as they did, and that it wasn’t them being “difficult” or “high-maintenance” and that there was, in fact, NOTHING wrong with them.

They shared how massively they felt this all impacted their love lives – why they fell so fast, became so bonded when chemistry was strong, had such a hard time with conflict, and feared loss so intensely. Why they couldn’t let go of the past, or stop thinking about an ex they’d thought for sure was “the one.” Why the pain of rejection was so utterly devastating, and why they were so deeply romantic that modern impersonal dating rituals like texting, swiping, and sexting made them want to stay home with the dog and their Netflix subscription forever.

And how inappropriate (and downright impossible!) so much relationship advice for “normal” women was – they simply couldn’t “take massive action” or “shake it off” or “get back out there” in the way that other women could.

In short, they were the most likely to not know how to flirt, to hate dating, to get the most hurt by rejection, to have the hardest time speaking up in their relationships, and to stay too long with the wrong partners.

But they were also the most likely to be uncomfortable with dating and relationship advice, too, despite being the most in need of it!

So it made me crazy, because these are the very women most deserving of love, with the most love to give, the most capacity to FEEL it in the first place. (Not to mention the most passion, empathy, and intuition into their partner’s needs and feelings, and so much more…) I knew I had to do something.

In all of my reading and research, I never found a comprehensive dating and relationship program specifically designed with HSP women in mind, to help them stop the madness. So I created it. It’s called, “Love and The Soulfully Sensitive Woman.”

I’m overjoyed that my friends at Flourish want to help me share it through their amazing community. And I couldn’t be more honored or excited to introduce it to you…

I hope, if any of this has resonated (and trust me – you’ll know if it does!) you’ll check this out.

Don’t Give Up On Love, No Matter How Tired You Are Of Dating

If modern dating leaves you utterly exhausted, you could give up just before you meet the man of your dreams. Here’s how to take the drain out of dating and turn it into a whimsical adventure that leads you right into the arms of your prince.

How To Tell If Your Relationship Will Last

Do you try your hardest to keep things smooth sailing in a relationship, for fear that any little disagreement will unravel your romance? Here’s why you’re likely depriving yourself of the lasting love your heart pines for.

Why Men Say Things That Hurt Our Feelings

Does it take you a long time to get over what he says? Do you worry he’s secretly a jerk, or that you’re too sensitive? Instead of worrying and nursing your wounded heart, you need to learn WHY men say what they do, and what to do about it.

If you’re a hopeful romantic who tends to go “all in” when you meet someone you connect with, read on to discover why you might be pushing away the very love you long for.